Last week I submitted a post to Hacker News which managed to make it to #5 on the front page. The post in question, Learning Python the pragmatic way, is by far the most successful post I’ve launched. You can view it on HN here.

I submitted it at around 1pm and bit by bit watched the number of real-time visitors in analytics increase to a peak of around 220 concurrent viewers. The popularity of the post peaked at around 3pm with the majority of 2007 hits coming from HN and Twitter. 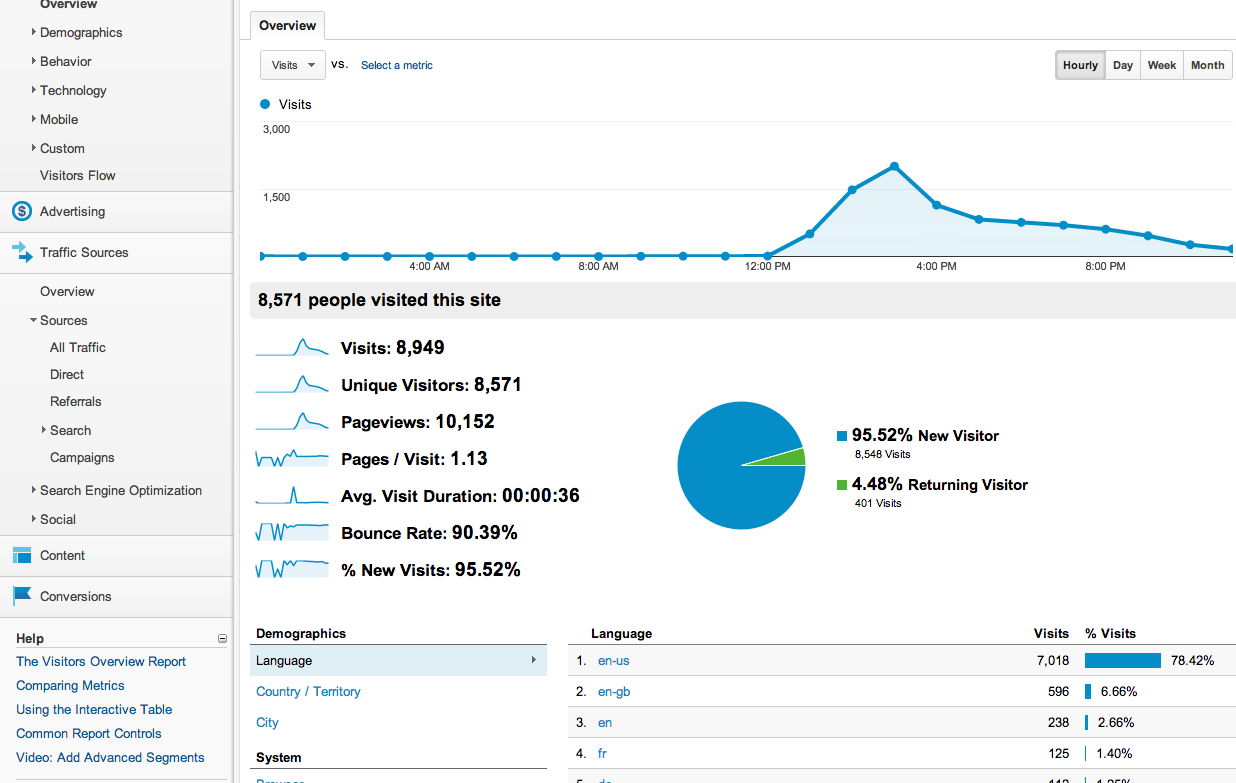 I expected the post would get picked up a little bit, due to the recognisable (if you know about Python) title, but not to the extent it did. You can see the performance at HN on this graph. 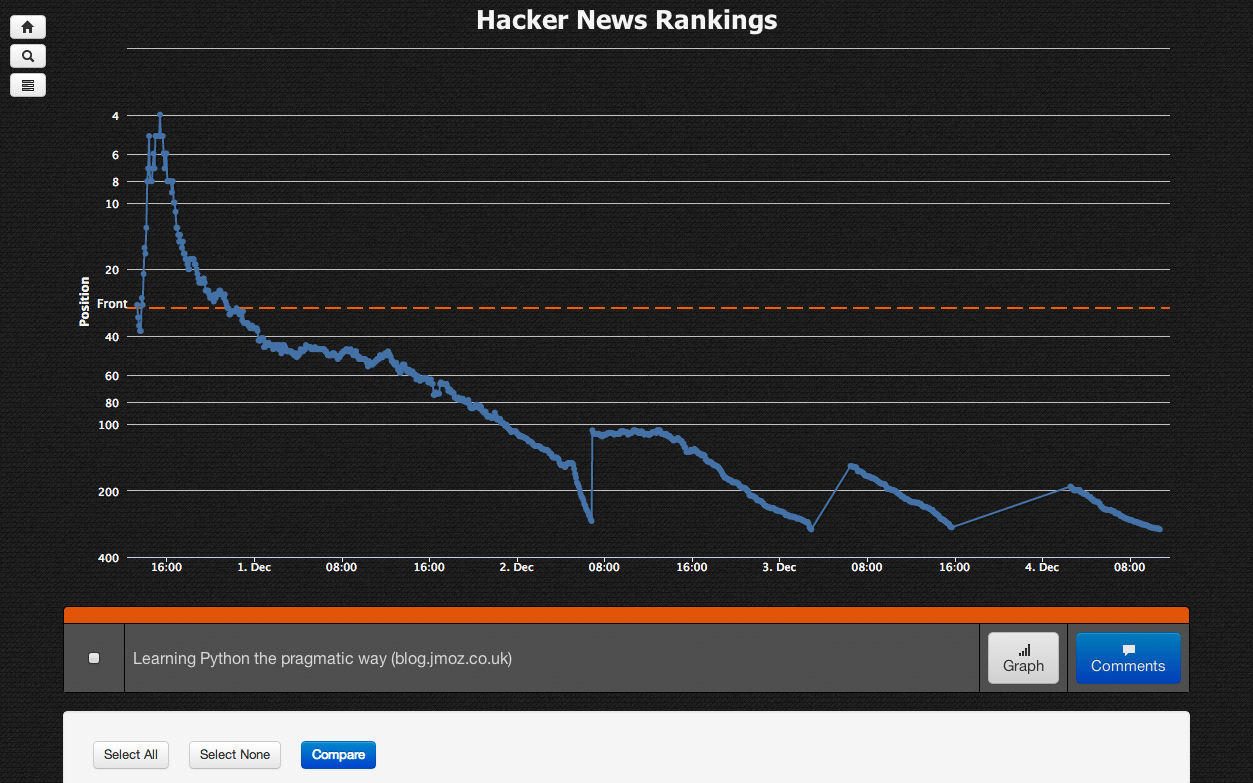 I was most surprised by the level of conversation on HN. Lots of positive comments but with a couple of pedantic criticisms. I was also surprised and appreciative that a couple of people attempted to back me up over the criticism! 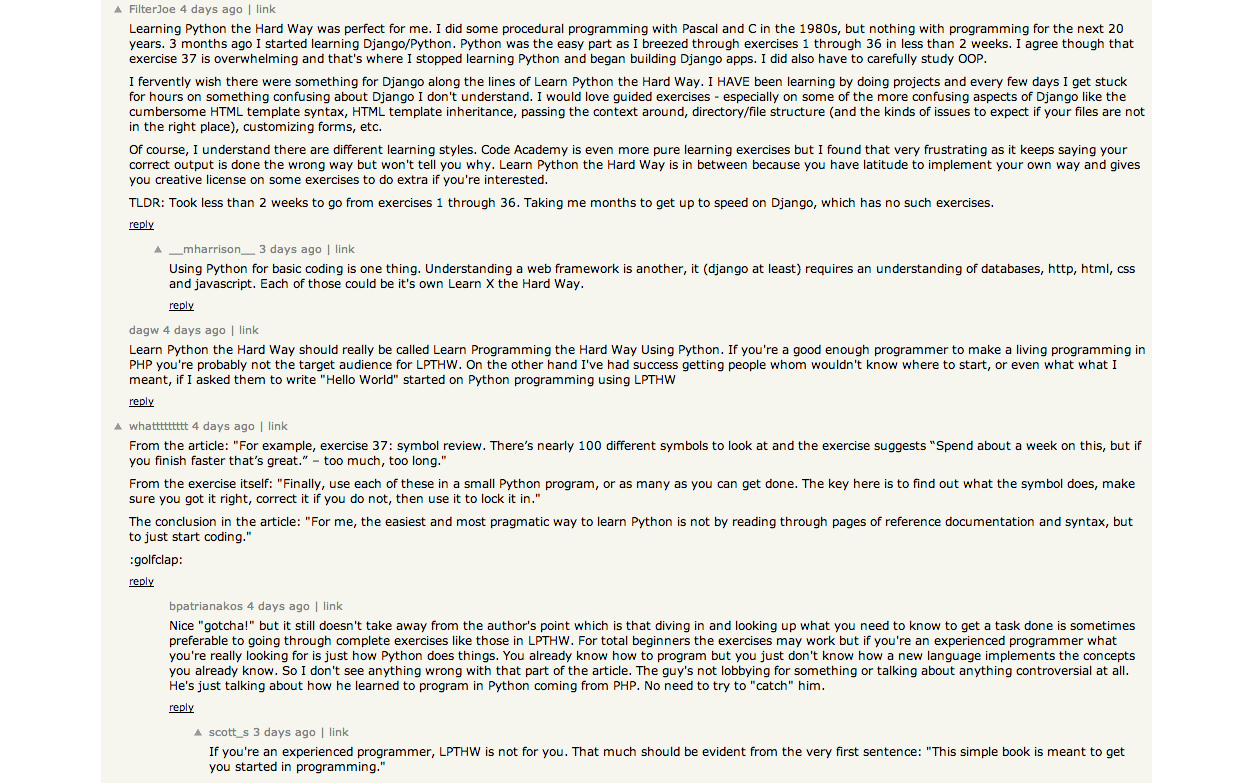 Once it gained traction on HN, the post quickly spread to Twitter. My phone started going off with people @mentioning me with a link to the post. The original tweet that my blogging app sent out received no retweets and was hardly noticed; most of it stemmed from a HN tweet and people sharing it using their own methods.

On average I get around 150 visits to my blog a day. From the 30th - 4th I’ve had around 13k visits and the visits per day are now tailing off and returning near to normal.

I received 6 comments, all positive on the actual post page, but the majority were on HN.

When I came up with the post, everything revolved around the title - I knew it would be recognisable and slightly provocative. The problem was relating the content to the title which I tried to do as much as possible, but ultimately I just wanted to write about my stack and show some code examples.

I expected the criticism from the nerds but was blown away by the amount of positive feedback and Tweets directed at me.

This was the most effort I’ve put into a post; previous ones have just basically been code examples with descriptions. This shows if you put some work in and relate to people your post could do well!